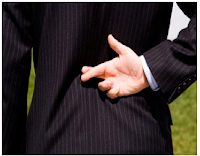 Jim Dantona, Chief Deputy to the CEO of LA’s CRA, gave a quick overview of Governor Brown’s plan to dismantle the state’s redevelopment agencies, freeing up the incremental tax revenue and returning it to local municipalities for police, fire, hospitals and schools.

Dantona is nothing if not a charming diplomat but he was fighting an uphill battle that started off on soft sand as he cast dispersions on the Governor’s plan by asking “Can you believe the state?”

Ziggy Kruse, Executive Producer of HNN-TV, pointed out that it’s even harder to believe the CRA, after last week’s Brown Act violating Special Meeting that served a simple goal, to move almost a billion dollars in CRA funds into safe pockets. “How can you engage in a process that excludes the public and expect us to trust you?”

Dantona explained that the CRA staff believed that the state was moving quickly so they moved even quicker to protect the CRA funds. This “punch-first” strategy was referred to by some in the audience as the “unlawful conveyance of funds” and demonstrates the lose-lose behavior of a city that too often works against partners rather than with them.

Dantona is to be commended for performing what he refers to as “piñata” work, and the audience responded by revealing that in many of the city’s 31 CRA project areas, it’s the community that feels like it’s being treated like a piñata.

During the Q & A session, Barbara Broide, President of Westwood South of Santa Monica Blvd. Homeowners Association, pointed out that the CRA’s habit of allowing CRA project developers to include significant billboard placement in proposed projects in order to augment revenues is little more than promoting a “Blight for Blight” scheme. The audience agreed. She urged the CRA to be proactive in halting such practices which advance projects that otherwise would likely not "pencil out" without the billboards and their blight.

Bob Blue, former Chair of the Hollywood Studio District NC, acknowledged the catalytic impact of projects such as Hollywood & Highland but pointed out that building a $600 million project that then sells for $200 million can hardly be construed as anything more than a hand out for developers. Blue argued that if the CRA is responsible for the losses, it should at least share in the profits of any victories. The audience agreed.

Mary Garcia, President of Mid-Town North Hollywood Neighborhood Council, questioned the need to have the CRA stay in a neighborhood for so long, pointing at the Laurel Plaza as an example of blight that worsened with the CRA’s help. It was argued that the CRA overstays its welcome by decades and actually discourages potential catalytic impact from non-CRA developers. The audience agreed.

Many expressed their belief that many projects undertaken by the CRA with significant public investment would have been built without those investments. While some spoke in support of a number of smaller projects underway with CRA support, the overwhelming sentiment of those present was that the Governor's proposal to take a significant portion of CRA funds away from the agencies in order to fund state-mandated programs and services is a sound approach in this time of unprecedented budget crisis.

While the Governor works at the state level, local community activists were circulating draft motions for neighborhood councils in Los Angeles, calling on local support for a call to dismantle Community Redevelopment Agencies and to redirect the incremental tax revenue back to local communities.

As the City of LA engages in a battle with the State of California over a billion dollars of the public’s money, the CRA’s spokesperson acknowledged that there is no data to demonstrate the effectiveness or economic impact of the redevelopment agency concept.

The City of LA’s CRA assault on the people of LA begins with simple violations of process and continues to the siege of communities that lasts for decades.

Any attempts to move forward must be supported by real data, not simple anecdotal evidence, and the people of LA must come first with a process that is participatory and supported by honest and open accounting.

The City of LA’s credibility has been destroyed by stalled projects that blight communities, approvals of projects to politically connected developers of dubious performance history. As developers return to the trough for additional funds to complete projects already approved and funded, the CRA’s scramble to divert funds from essential programs and services is a self imposed death blow.

The City of LA’s ability to weather the current fiscal crisis depends on its credibility. The world is watching, the financial community is preparing for triage, and the people who call LA home have been betrayed. It is imperative that the City of LA put the people of LA first by putting our money where it belongs, in our communities.

(Stephen Box is a grassroots advocate and writes for CityWatch. He can be reached at: Stephen@thirdeyecreative.net. Disclosure: Box is also a candidate for 4th District Councilman.) Video credits: Monica Harmon- “Monica’s Digest”

Posted by SoapBoxLA at 8:31 AM