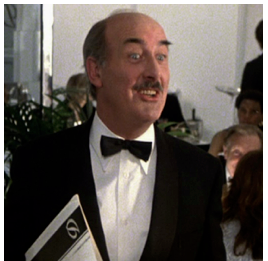 RETHINKING LA -One of City Hall’s best defenses against public participation is its charming tradition of vagueness with regard to the business of the people.

With great regularity the City Council acts with firm authority and calls on city departments to conduct surveys, to issue reports, and to return with proposals and drafts suitable for further pontification and public dissemination. Eventually the activity begins to wane and the original action dies the most humiliating death, it gets smothered by dust and simply fades into irrelevance.

As for the members of the public who were engaged in the initial action, their patience has been tested, their time has been wasted, and their confidence in the efficacy of civic engagement has been depleted.

When controversial issues continue to draw the attention of the public, much to the dismay of the Council Members who would like to see actions take place in empty chambers, free of the noise that comes with enthusiastic public participation, the best way to shake the crowd is to hold it in limbo until it finds its way on a busy agenda and slips through the system silently.

It requires dedicated and diligent trackers to catch these items, some of which languish for months before they race for the finish line on agendas that are typically surrounded by distractions.

When the trackers catch these stealth City Council actions and alert the community, turning out the crowd that insists on speaking in public and drawing attention to the controversial issue, the next sleight of hand takes place as the agenda is shuffled and the meeting is drawn out to such lengths that time runs short, public comment is reduced to the minimum, and the item in question is held until anything and everything else is resolved. Hours later, even the hardiest of community members has had time to rethink their commitment and their hope for meaningful civic engagement.

Observers of LA’s City Council agenda machinations fall into two schools, those who believe in conspiracy and those who attribute it all to incompetence.

Conspiracy buffs point to the scheduled absences of Councilmembers and note the issues that come up while they are gone, a pattern that allows them to maintain the neutral high road as controversial actions slide through the system.

The current Hollywood Community Plan is an example of a hot-topic item that is floating, prompting community members to track Hollywood Councilmember Eric Garcetti’s scheduled absences in the hopes of determining when the controversial issue will surface in City Council.

Those who dismiss the foibles of City Council as simple incompetence need only point to the familiar refrain “What are we voting on?” that is heard with alarming regularity from a body that gets better press for debating the background music on the City’s Channel 35 than for actually running the city and delivering the services that the people depend on.

Through it all, it’s fair to ask “What can we do?”

The answer is quite simple, run City Council like a decent restaurant. Hire a host, take reservations, announce specials in advance, greet the public, offer them a menu, stick to a schedule, deliver what is promised, check back to ensure satisfaction, and get paid based on prompt and satisfactory service.

As simplistic as this sounds, having a host run the agenda would allow people to check in, determine when their item would be scheduled for hearing, and return when appropriate.

Currently, the public sits for hours, afraid to leave for fear their item will be taken out of order.

From London to Toronto, community activists are calling on their city leadership to introduce respect and empathy into the civic engagement process by embracing scheduling as a foundation for robust meetings and hearings.

As for LA, there’s nothing wrong with City Hall that can’t be fixed by a decent maitre d' and a commitment to serve the people on time and efficiently.
Posted by SoapBoxLA at 1:53 AM