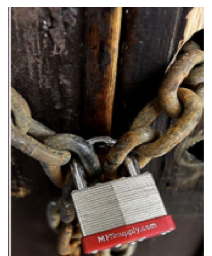 RETHINKING LA - What do you do when one of LA’s largest landlords fails to perform its business according to the law and creates a condition that leaves tenants, neighbors, and property owners vulnerable to crime, blight, and unsafe conditions?

The simple answer is to call LA’s Housing Department (LAHD) which is responsible for providing oversight to approximately 780,000 rental units throughout the City of LA.

LAHD conducts a series of programs that all have some authority over the establishment, operation, maintenance, and occupancy of rental units and is responsible for inspecting properties, protecting tenants from illegal evictions, and ensuring safe and inhabitable conditions.

But who do you call when LA’s Housing Department (LAHD) is the de facto landlord, a situation that is becoming more common as the LAHD continues to inflate its real estate portfolio through the controversial Rent Escrow Account Program (REAP).

Ideally, the REAP program applies to properties that have ongoing health and safety violations, and unresolved notices of compliance. The LAHD first cites the landlord, then intervenes and collects the rent from the tenants, offering a discount of up to 50% as amends for the substandard conditions, ensuring that the repairs are performed and that the property is brought up to standards.

In reality, the LAHD has incurred the wrath of the last two City Controllers, prompting Laura Chick to declare “REAP is broken!” in 2001 and Wendy Greuel to demand “Show me the money!” in a 2010 audit that revealed LAHD somehow failed to even try to collect $48 million in fees and rent owed to the department.

Critics of the REAP program, and there are many, include tenants who live in buildings that provide safe refuge to protected squatters, landlords who lose rental income which leads to foreclosure, and neighbors who live next to properties that go into a downward spiral of LAHD decline.

In East Hollywood, there is a 74 unit building that fell victim to the LAHD’s REAP program, incurring code violations that triggered citations that accrued and resulted in the property being “seized” by the LAHD which then collected the rent and left the landlord in foreclosure proceedings.

Fans of the REAP program claim that it protects the tenants, ensures repairs and maintenance, and gives teeth to the inspections and citations and demands for performance.

Critics claim that savvy tenants can reduce their rent by up to 50% by damaging the property, initiating the complaints and subsequent inspections, and putting the property into a REAP tailspin that results in foreclosure and safe-haven for squatters.

The 74 unit building in East Hollywood serves as testimony to the doomsday critics, resulting in a tenant claim that “our lawyers are helping the drug dealers to stay in the apartment building.” The tenants are embroiled in a two-year-long legal journey that pits lawyers against property managers as the LAHD stands by, leaving drug dealers and prostitutes “squatting” as they wait in line for a settlement.

The LAPD’s Senior Lead Officer for the neighborhood reported that in one single day, the property was responsible for four calls, “Man with a gun, prostitution, drug activity, and gang activity.”

The good tenants who can afford to move have left the building, the bad tenants have burrowed in for the payoff, the landlord is fighting to reclaim the property, the LAPD contends they are helpless without the City Attorney’s support, the neighbors are reaching out for help, and the LAHD continues to operate the REAP program as if there are no problems.

Farther down the street, there is a small Craftsman house built in 1913. It has a separate two-story apartment at the back of the property and it sits next to similarly sized houses that are owner occupied.

Approximately a year ago, the LAHD placed the Craftsman house and the rear apartment in the REAP program, demonstrating that simply having one rental unit on a property leaves it vulnerable to the grim REAPer. The house and the apartment went into the typical tailspin, the property owner and the tenant left, and the buildings are now home to squatters who arrive mid to late evening and then leave early in the morning.

Apparently the LAHD’s inspectors work 9 to 5, interrupting the squatters’ routine only slightly, a small inconvenience that allows for free accommodations with plenty of off-street parking.

The current list of REAP properties ranges from duplexes to buildings with hundreds of rental units. Properties are added to the LAHD’s portfolio on a regular basis, bringing the current total to almost 1700 separate buildings.

The LAHD has just been taken to task by the City Controller for failing to collect $48 million in fees and rents, for sitting on $10 million in dormant accounts, and for failing to administer the funds collected to ensure effective inspections and oversight.

Add to this the ongoing claims of erratic and inconsistent oversight, inspections, and enforcement and it is apparent that LA’s Department of Housing is not only one of the largest landlords in Los Angeles. It is also one of the most irresponsible.

LA’s Housing Department must comply with the same law it sets out to enforce, it must impose the same standards on itself that it imposes on others, and it must do it within the same 30 day deadline.

Most of all, it must face the same threat of foreclosure and loss of income that others face. That’s when the playing field will level and the tenants, the landlords, and the neighbors of Los Angeles will be protected.

(Stephen Box is a grassroots advocate and writes for CityWatch. He can be reached at: Stephen@thirdeyecreative.net.)