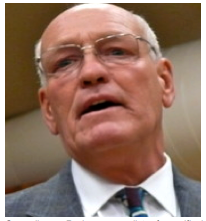 UPDATE - LA City Council's Budget & Finance Committee, on Monday, reviewed the City Attorney's most recent version of the proposed Administrative Citation Enforcement (ACE) Ordinance, punching holes in it and sending it back to the City Attorney for repairs.

"This ordinance is half-baked!" declared Councilman Bill Rosendahl as he scoffed at the notion that he should even review a draft ordinance that was only released to the public two hours before the commencement of the meeting. He added that the fact that the ACE ordinance pits neighbor against neighbor is a huge flaw and that a complaint driven process lacks a commitment to standards.

Councilman Englander punched budget holes in the draft ordinance, pointing out that it lacks any measure of cost estimate, metrics for evaluating success, and that it is disguised as a pilot program when in fact it is a "phased-in implementation."

Councilman Parks gave a list of specific instructions to the City Attorney's office, calling for clarification of the subpoena authority, a definition of the administrative officers, a real cost analysis, clarity of the need for positive ID requirement for those cited, a plan for collecting fines that comes from the Office of Finance, information on LAPD overtime commitments and costs for testimony at hearings, a list of violations to be included in the pilot program, and the impact on parallel programs such as the pending signage ordinance.

Councilman Koretz gave the revised draft of the proposed ACE ordinance one last attempt at resuscitation, explaining that this was simply an opening move and that all financial responsibility was the City Attorney's, a claim that was rejected by Pedro Echeverria, Chief Assistant City Attorney.

Councilman Cardenas was quiet, offering no words in favor of the proposed ACE ordinance, standing by as the Budget & Finance Committee called on the City Attorney to report back in 30 days with answers to their many questions and on the CLA to conduct community hearings and outreach on the draft ACE Ordinance.

The standing-room-only crowd consisted of property owners, landlords, and tenants, predominantly in agreement (4 to 1) that the ordinance has many flaws. Noel Weiss referred to the CA's ACE proposal as "so incredibly and poorly drafted that it defies belief. It is an embarrassment to the City Attorney's Office because it constitutes both legal malpractice and political malpractice."

(Stephen Box is a grassroots advocate and writes for CityWatch. He can be reached at: Stephen@thirdeyecreative.net .)

Posted by SoapBoxLA at 6:31 PM