Tweeting, Texting, Liking and Other Weapons of Mass Distraction 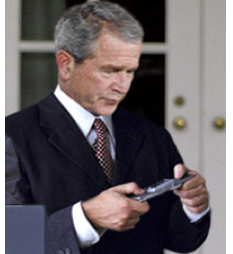 RETHINKING LA’S NC’S - If a group of Neighborhood Council leaders got together at the local library to discuss public business without inviting the public, it would constitute a violation of the Brown Act but it would hardly be grounds for closing the library. After all, the library wasn’t party to the crime, it was merely the scene of the crime.

The more appropriate action would be to address the people who engaged in the public’s business without posting agendas, inviting the public and adhering to the requirements of California’s Open Meeting law.

Imagine the same group of Neighborhood Council leaders getting together to celebrate Independence Day at a community BBQ where the conversation drifts into a discussion of business on the agenda for their upcoming Board meeting.

The actions of the community leaders would constitute a violation of the Brown Act but it would hardly justify a ban on BBQs or Independence Day parties. Again, the celebration wasn’t a party to the crime, it was just the reason for the gathering at which the crime was committed.

In both cases the Brown Act violations should be addressed by focusing on the people who are engaged in the illegal behavior, not on the library or BBQ where the acts took place.

When it comes to physical places, this seems like common sense, yet when the conversation shifts to the digital arena, common sense is not so common.

When Neighborhood Council leaders engage in digital violations of the Brown Act by participating in a Yahoo Group or a Google Group where they discuss Board business, it is not Yahoo or Google that is responsible for the crime, it is the participants.

And yet, Neighborhood Councils find themselves closing Yahoo Groups and Google Groups for fear that an illegal act will break out on their digital property, a fearful response that is the equivalent of closing libraries and banning celebrations to stop bad behavior.

Terry Francke of CalAware writes “The only concern of the Brown Act is that physical congregations or digital linkups, online or otherwise, not be used to build majority consensus about something the members should be reserving to meetings.”

Some of the best tools for engaging the public are in the digital arena but ignorance of the Brown Act and fear of violating the law have immobilized Neighborhood Council leaders to the point of absurdity, immobilizing outreach efforts in debates that are reminiscent of Morse Code vs Semaphore debates.

It’s not the tools that turn actions or inactions into Brown Act violations, it is the process of engaging in the people’s business without including the public. It’s that simple.

Francke points out that “Small rural school and special district boards all over the state, with not much if any more resources than a Neighborhood Council find they can get business done without violating the law.  I think it's a matter of adequate training and coaching by those who know about the Brown Act and care about the viability of NCs.”

Neighborhood Councils are engaged in an uphill battle to engage the public and now, more than ever, it is imperative that all the tools are available for communicating and publicizing agendas, meetings, and opportunities to get involved.

From word-of-mouth to flyers to online forums to social media, Neighborhood Councils need to employ the full quiver of communication tools if they are to fulfill their city charter mandate to “To promote more citizen participation in government and make government more responsive to local needs.”

Posted by SoapBoxLA at 2:15 AM