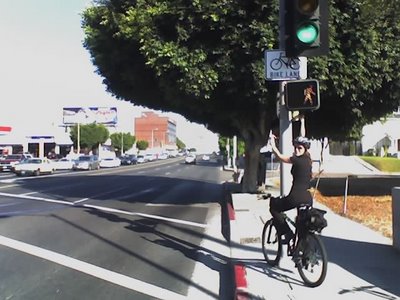 LOS ANGELES, CA – It has been suggested that the cycling community is the invisible constituency in the Los Angeles Transportation Community.

It’s worse than that.

It’s bad to be ignored but it’s even worse to be dismissed.

The LADOT’s response to the cycling community has gone from “WHAT?” to “WHAT NOW?”

The LADOT’s cavalier and casual attitude to the details of traffic management and communication only serves to render bikeways, signage and even cyclists as irrelevant, insignificant and absolutely ignorable.

How does the LADOT explain the bike lanes on Olympic? (pictured above, bike lanes signs in both directions with no bike lanes in sight! This just trains motorists and cyclists to ignore the signs as irrelevent.)

How does the LADOT explain the bike route signs on Chandler? (pictured below left and right) 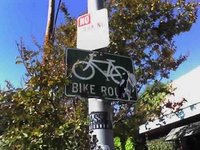 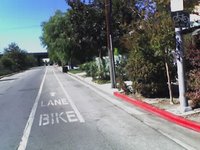 The bike route signs on Chandler are supported by a Bike Lane!

Isolated incident? Ah, yeah, until the next one. (pictured below, the bike route/lane hybrid) 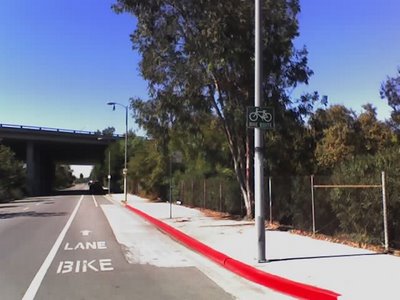 Fountain (pictured below left and right) is a bike route with BIG PLANS! This narrow and congested street goes from bike route to bike lane, this time with no striping support. Hmmm! Who's confused? 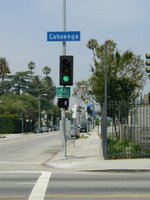 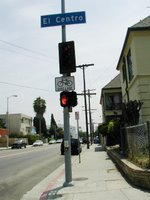 Shame on the LADOT for not knowing or for not caring about the difference between bike lanes and bike routes.

Shame on us for not demanding better from the LADOT.

Pick up the phone. Ask the LADOT to send somebody down to their parking garage, have them climb in their Cadillac Escalade, fire up the GPS unit and have it spit out an inventory of the City's Bikeways. Ask them to take this list and then have somebody ride a bicycle on each Path, Lane and Route in Los Angeles to ensure that the system makes some kind of sense. 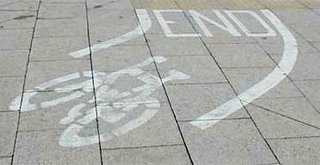 Posted by SoapBoxLA at 8:42 PM