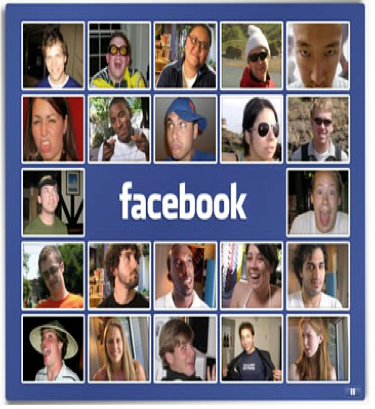 RETHINKING LA - The great thing about participating in a Neighborhood Council is the fact that it provides a crash course in the Brown Act and in the Public Records Act. Unfortunately it's typically a literal crash, one that brings meetings to a screeching halt as members share anecdotal experiences, second hand information, and collective fears of legal action. Neighborhood Councils are currently debating the use of Facebook in the public arena, urged on by those who embrace the social media revolution and held back by those who fear Brown Act violations and Public Record Liabilities.

The irony of this Facebook debate is that it takes place in a city that is led by Social Media fans, including Mayor @Trutanich, City Attorney @Trutanich and LA's Facebook pioneer, former City Council President @Garcetti who was one of the first to max out his Facebook page with friends.

LA's City Leadership is so fond of social media that LA's Ethics Commission recently addressed the antiquated application of analog legal restrictions in a digital world. Politicians with active Facebook and Twitter accounts may soon be required to set up separate accounts for their political candidacy campaigns, a requirement that acknowledges the legitimacy of social media activity within City Hall and the need to address appropriate use.

Individuals with social media accounts have an obligation to keep their political work separate from their government work, a standard that applies to all they do, not just social media.

Groups with social media accounts, such as Neighborhood Councils, have an obligation to conduct themselves in accordance with Open Meeting Laws, a standard that applies to all public arenas and digital communications, not just social media.

The idea of a Neighborhood Council using Facebook to tell their story, engage their community, and invite stakeholders to events should result in a hearty round of yawns, after all, Facebook accounts are so common, they're almost passé.

But in some cases, simply suggesting that a Neighborhood Council operate a Facebook account as part of their outreach strategy results in shrill cries of "What about the Brown Act?"

Terry Francke, the Executive Director of CalAware and the lawyer who succeeded in his Brown Act case against the LA County Supervisors, reports that there is nothing unique about social media when it comes to the Brown Act.

Neighborhood Councils have much to contend with and threats of Brown Act and Public Records Act abuse simply has a chilling effect on the spirit of volunteerism.

LA's Mayor, City Attorney, and former City Council President have all utilized social media in their governmental work and have all demonstrated an ability to differentiate between appropriate governmental use and distinctly separate personal or political use.

LA's Ethics Commission stands prepared to grapple with need to address digital technologies and analog laws, removing the mystery from the discussion.

The tools for communication will continue to evolve and if Neighborhood Councils are firmly grounded on their commitment to open and transparent governance, then they are ready for Facebook.

Posted by SoapBoxLA at 2:07 AM