Rumors of the Brown Act’s Demise are Greatly Exaggerated 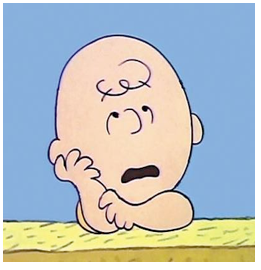 NEIGHBORHOODS LA - California’s financial woes resulted in a state budget that failed to fund the Brown Act mandate that specifies 72 hour posting of agendas, resulting in a statute that lacks enforcement teeth. This passive suspension of the Brown Act posting requirement has caused many to wonder if the City Council and the Neighborhood Councils were now permitted to conduct the people’s business without notifying the public. The answer is “No.”

LA’s City Council is bound by many levels of authority, from Federal to State to local, and when all else fails, it is their own rules that specify: Rule #76 - The Agenda for each regular meeting of a Council Committee shall be posted at least 72 hours before the meeting. It shall contain a brief general description of each item of business to be transacted or discussed at the meeting. (This rule can’t be suspended by the City Council)

LA’s Neighborhood Councils are also bound by many levels of authority and when all else falls short or fails to address an issue, it is the bylaws that govern the actions of the Council.

This past Friday, a Neighborhood Council President magnanimously declared that in spite of California’s suspension of the Brown Act requirement to post agendas 72 hours in advance of a meeting, the Council would continue to honor the Brown Act provisions out of a commitment “to serving our stakeholders in a transparent, open and inclusive manner.”

The press release failed to note that the Council’s bylaws require the Council to exceed the Brown Act’s requirements for posting agendas, demonstrating that the Brown Act is just one of many layers of authority that govern the actions of Neighborhood Councils.

California’s Brown act amounted to just 686 words when it was introduced to the California Legislature by Ralph M. Brown in 1953. Since then it has grown significantly and along the way, California passed 2004’s Prop 1A, known as Protection of Local Government Revenues, which required the State of California to pay the cost of all mandated requirements at the local level “or suspend their operation.”

Before Brown Act foes jump too high with joy, 2004 also saw the passage of Prop 59 which requires “right of access to information” with regard to government actions.

The brouhaha over the Brown Act and the actions of some local agencies that sent invoices to the State of California for actions that they would have already taken, specifically preparing agendas and then posting them, is simply a tempest in a teapot.

It has been said that “"Our character is what we do when we think no one is looking.”

In the case of LA’s City Council and Neighborhood Councils, our collective character is revealed by the fact that the debate is typically over what is the legal minimum rather than what is the maximum possible.

Terry Francke of CalAware has much more to say on the subject of California’s Brown Act suspension, including this “Good News, Bad News” prognosis.

“The good news is that the worst of the anxieties result from a hugely exaggerated understanding of what has happened and what the result might be.  The bad news is that the path to a permanent end to such crises is vulnerable to the same species of dubious economy trigger that caused the crises in the first place.   And an Assembly committee is using that trigger to make sure that the public gets no chance to end such situations.”

Francke points out that this isn’t the first time that an unfunded mandate resulted in the suspension of enforcement activity, but that the entire scenario has a solution that only requires the actions of some of LA’s local Assembly members, including Blumenfield, Gatto, Fuentes, Davis, Hall, Mitchell, and Pérez.

The current dialogue on the Brown Act has turned out to be a character revealing exercise for the City Council and the neighborhood Councils, and most importantly, for the California Assembly members who have a simple solution in their hands, one that would result in a simple constitutional requirement: “Each public body shall provide public notice of its meetings and shall publicly disclose any action taken.”

Posted by SoapBoxLA at 2:21 AM