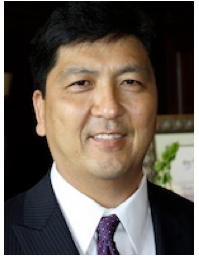 RETHINKING LA - Jim Newton, Editor at Large of the LA Times, contends that Neighborhood Councils “have yet to prove either as revolutionary as their backers hoped or as obstructionist as their opponents feared.”

City Hall and the media seem to have a common approach to judging the success of Neighborhood Councils, one that has existed since the beginning and is based on the impact of their advisory role.

LA’s municipal elections are scheduled for March 5, 2013 and the field is flush with Neighborhood Council veterans, people who cut their political teeth fighting in the local trenches.

Cary Brazeman of Mid City West Community Council and Ron Galperin of Bel Air Beverly Crest Neighborhood Council are vying for the City Controller’s office, both armed with experience they picked up as local advocates fighting to engage their community and hold government accountable.

Council District 13, Mayoral Candidate Eric Garcetti’s home for the last 12 years, is a hotbed of Neighborhood Council candidates, running in the most crowded field of the eight City Council seats up for election.

Adding gravitas to the CD13 race is performance of Alexander Cruz De Ocampo of Greater Griffith Park Neighborhood Council who was the first to raise $50,000 and the appearance of BongHwan “BH” Kim, General Manager of the Department of Neighborhood Empowerment, in the race.

Neighborhood Councils may still struggle with the Brown Act, with agendas, and with Community Impact Statements, but perhaps that floundering activity has had a refining impact on the participants, honing the rough edges and preparing them for City Hall and the opportunity to put their local sensitivities to work on larger issues that median strip cleanups and budget recommendations.

City Hall insiders have long learned that courting Neighborhood Councils is essential to moving forward and now that election season is underway, it’s hard not to find Assembly, Senate, Mayoral and Council candidates on the Neighborhood Council trail, swearing their allegiance to local leadership and promising eternal connectivity and access.

The crowded Mayoral race includes perennial candidate YJ Draiman of the Northridge East Neighborhood Council and Kevin James who spent years partnering with Neighborhood Councils on issues such as Measure B and Budget LA and giving them a voice on his radio show.

As the critics ponder the future of Neighborhood Councils and contemplate their relevance, the fact that they have given birth to so many candidates for municipal office that bears witness to their true potential and capacity for shaping the dialogue and bringing the neighborhoods to City Hall.

Posted by SoapBoxLA at 2:13 AM